John II of Sancerre (1260 - † 1327 ), Count of Sancerre, Lord of Meillant Le Pondy and Charenton-du-Cher, second son of Count John I.
On June 1, 1299, Edward I writes Pascal de Ville, Mayor of Bayonne, to arrest and send to England: Jean de Ville and his sons, Pascal and Olivier de Ville, and John of Sancerre. John II became Count in 1306 after the death of his elder brother Stephen II. John built a fortress in Châteaumeillant, close to Saint-Amand-Montrond, around 1300.
He married his first wife, Louise (1280 - 1323), daughter of Robert de Baumez, Lord of Boubers. She died in 1322 and was burried in the Jacobins church of Bourges. He married is second wife, Isabella of Rosny-Mauvoisin, in 1323. She was the daughter of Guy III (or V) of Mauvoisin, Lord of Rosny and Isabeau de Mello, previously married in 1315 to Jean II, Lord of Heilly. They got 3 children.
John II died in 1327 and is buried, like his wife, in the church of the Jacobins of Bourges. 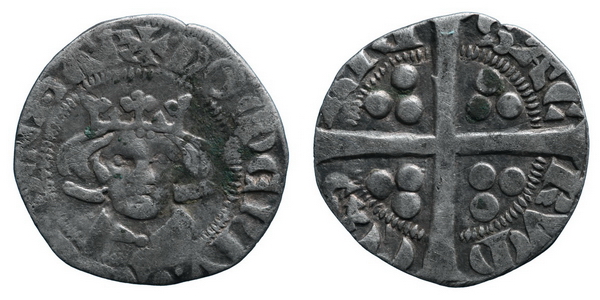